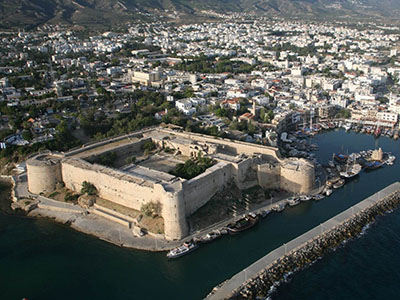 Kyrenia is the pearl of North Cyprus. Its urban environment is the most popular holiday destination on the island. According to some stories, it was founded around 10th century BC Achaeans and they gave the mountain the name of Kyrenia city. Another story dictates that it was founded in 9th century by Fenike'liler and establishing trade colonies. The city's name is mentioned as Corineum in Roman sources. Along history during the Byzantine period, it was also sacked several times by Arab pirates.
The scene of Kyrenia is beautiful but the most intersting monument is the Kyrenia Castle. It has a beautiful port lined with restaurants, bars and open air cafes which serve special Turkish cuisines and other dishes. Apart from this there are more places to visit and see like the St Hilarion Castle, the prophet Omer tomb, Bufavento Castle and several ancient churches and monasteries. To see more of what you enjoy click below. 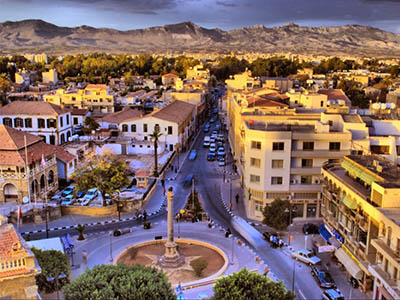 Nicosia is the capital of the TRNC which has home to very o;d institutions. The city is divided into the green line separating Greek Cypriots and Turkish Cypriots who are sitting on the northern side. It has an ancient city setup surrounded by thick high walls built by Venetians in 1567 with the purpose of defence against the Turks. It comprises of eleven bastions that surround the city. Nicosia is a rich city in terms of work done in the medieval and later periods. It is possible to see works if Gothic architecture and the most beautifuls examples of Ottoman architecture as well. 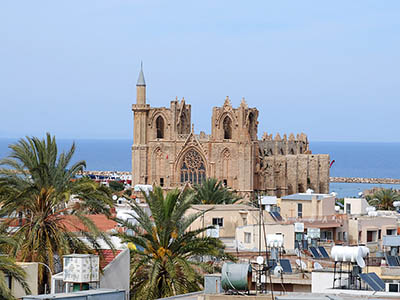 The Egyptian King Ptoley Phialadelphus (285-247 BC) established the city's core around the coastal lagoon and he gave it the name of his wife, Arsinoe. Then 648 years later, the city of Arsinoe was raided by Arab pirates who immigrated here in the hopes of not finding ay Arabs. They gave it the name Ammakhostos or "hidden in the sand", today the Famagusta (Gazimagusa) was derived here. There are a number of tourist and historical sites to be visited like: Lala Mustafa Pasacami, Salamis ruins, Othello Tower, Jumblatt Museum, Sinan Pasha Mosque, Namik Kemal Prison, several ancient churches and monasteries. 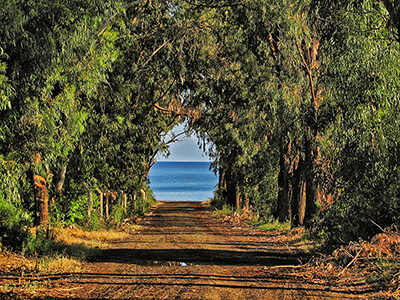 Located in the northwest of the island are beautiful residential units surrounded by citrus orchards. Very fertile lands provide the means to grow oranges, grapefruit, watermelons, and various other vegitables. Most of the citrus fruits are exported and are used to make juice around the world. It is located about 74lm away from Nicosia, but what identifies the place are the citrus fruits known around the world. 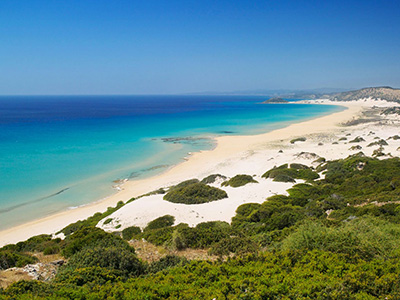 Karpaz is home to one of the most beautiful and serine beaches in Cyprus, the famous Golden Beach. It is about a kilometer in length, is composed of very fine golden sand rather than the giant yellow sand on most beaches around the world, is calm and serine. Karpaz has one most extreme end of Cyprus with one of the most important monastery, Apostolos Adreas, built on behalf of ST Andrew. The monestry follows the story : After St Andrews travelled a long way by sea, they were stricken with thirst and disease, then they guided themselves onto shore by throwing iron on rocky to determine their path. Fresh water gashed out from among the rocks which is almost impossible to find and this same water healed all the diseases of the crew, one of the crew was even healed of blindness.